I also enjoy funny things, fuzzy things (such as dogs and bunnies), sunny things (like the sun), and money things (money). I just had to keep it rhyming, but those are literally a lot of my favourite things.

Anyways I made a couple of new prints yesterday because my vacation put me in the poor house and I can’t go out (did you know that poor houses were an actual thing? I was watching a documentary on mental institutions and they mentioned them) If they still existed that vacation would have put me in it, so many fancy bagels I ate in California.

So many sidetracks, anyways the first one is a quote from the British comedy The IT Crowd, specifically it’s a quote from Roy (although now that I think about it Moss may have said it at one point, too). I worked for a while in an inbound call centre fixing vacuums over the phone, and one of the things we had to check every time was “is it plugged in” and “are you sure the electrical outlet works”. So this one resonated with me, probably more so if you actually work in IT. “Have you tried turning it off and on again” is probably something that’s said thousands of times in a day when working with computers. I’m going to turn it into a desktop wallpaper because I’m a nice person, in the mean time if you love it you can buy it on my society6 page or my etsy page. 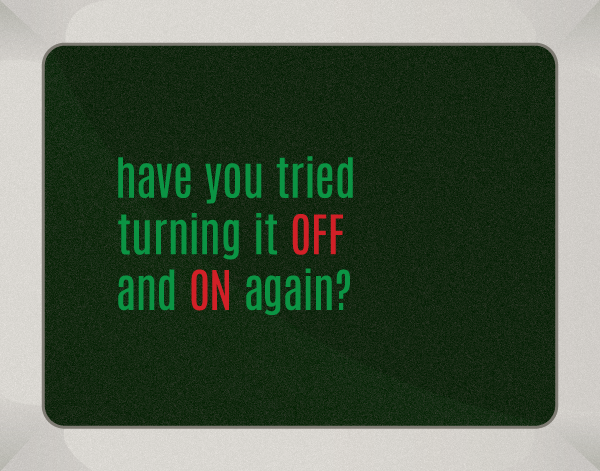 The next one is from one of my most favourite movies of all time by Wes Anderson, The Grand Budapest Hotel. I wrote a post a while ago with a bunch of cool stuff inspired by the movie, so I took a crack at a print. One of the quotes that stuck with me from the movie was the line by Adrien Brody’s character, Dmitri, “What’s the meaning of this shit?!” when he discovers Boy with Apple has gone missing. So in the print there’s some mountains, the iconic pink, a border of Wes-Anderson-yellow, the red that shows up as an accent in the film, and a white missing apple shape. If you like it you can buy the print on my society6 page or etsy. 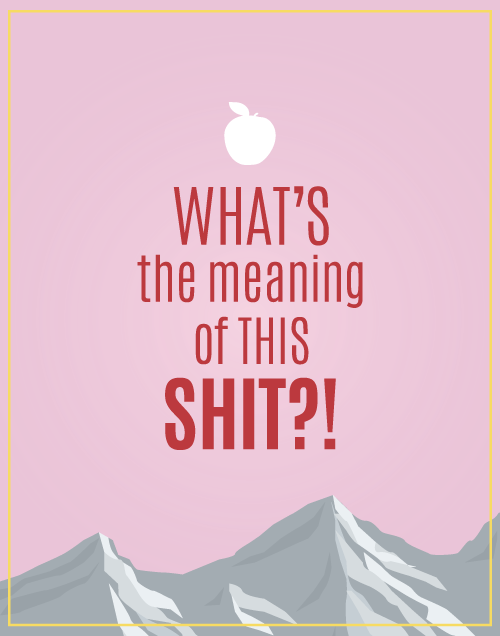